Restoration workers have made tremendous progress restoring customers who lost power due to Tropical Storm Imelda. 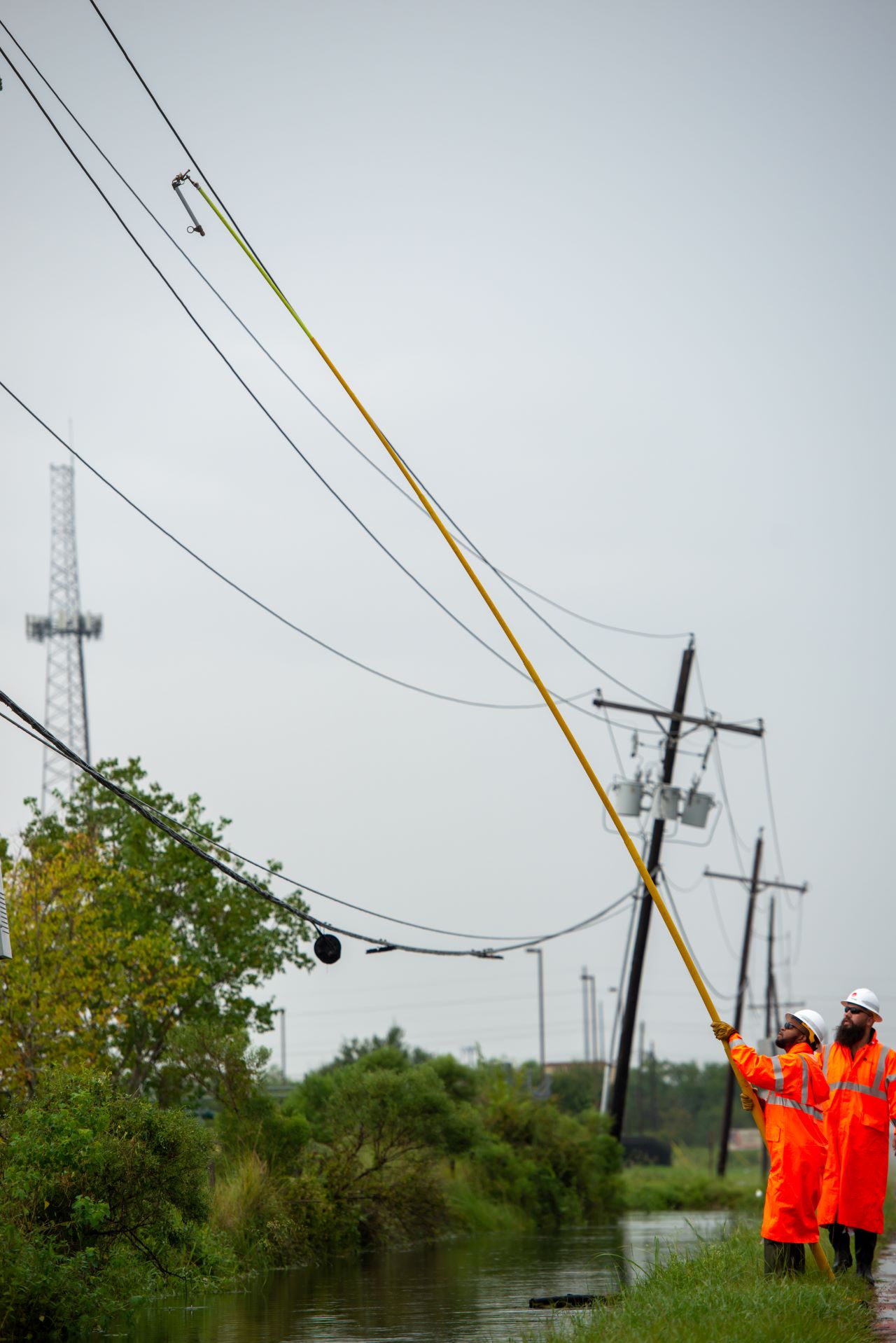 More than 95 percent of customers who lost power have been restored. At 11 a.m., about 1,600 customers remained without power – mostly in Jefferson, Chambers and Orange counties.

“Thanks to the coordinated effort of our dedicated workers, we have been successful in restoring the majority of customers who lost power,” said Allen East, vice president of Entergy Texas, Inc. “We continue working through the weekend to get the remaining customers restored.”

High water vehicles and airboats are being used to reach critical equipment and make repairs.

Thousands of customers will not be able to return to their homes and businesses, because of flood damage. Entergy Texas will work with those customers, as they work to rebuild, set up temporary housing or settle their accounts.

Those with flood damage can ensure their homes are ready to safely receive power by doing the following: